Enforced disappearance and torture of young woman in 2003. 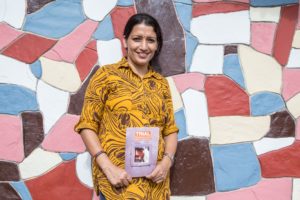 On 20 October 2003, Mrs Sharma was arrested in the neighborhood of Chandol, Kathmandu by members of the security forces wearing civilian clothes.

With one of her friends, she was handcuffed, blindfolded, forced into a military van and taken to the Maharajgunj barracks, which were at that time the headquarters of the Bhairabnath Battalion of the Royal Nepal Army. She was held incommunicado and her detention was unacknowledged until August 2004.

While actively concealing her fate and whereabouts, Nepalese authorities denied any involvement in her disappearance. In 2004, when she was brought to the army hospital due to critical health conditions she ran into one of her friends and managed to give her a letter and make her whereabouts public.

Even if her disappearance came to an end, Mrs Sharma’s arbitrary detention  was further prolonged and the army brought her back to Maharajgunj, where she was held until 30 June 2005.

After repeated attempt by her husband to find her and two petition of habeas corpus to the Supreme Court, that quashed the first one due to the state authorities’ denial of its involvement in Mrs Sharma’s disappearance. The second one led the Supreme Court to declare Mrs Sharma’s detention unlawful and order her liberation on 28 June 2005.

In spite of numerous efforts undertaken by Mrs Sarita Sharma, more than 8 years after her release no prompt and thorough investigation has been carried out by Nepalese authorities and no one was prosecuted, judged and sanctioned for the violations of the rights of Mrs Sarita Sharma.

In April 2018, the UN Human Rights Committee issued a decision on the communication finding Nepal responsible for the violation of the right to life, the prohibition of torture, the right to liberty and security of person and the right to recognition as a person before the law.

The Committee recommended that Nepal carry out a thorough and effective investigation into the facts surrounding the detention of Mrs Sharma, to prosecute and punish the perpetrators and to provide Mrs Sharma with adequate measures of reparation for the harm suffered.

* No follow up on the implementation of the recommendation has been done yet, therefore no grading is available.