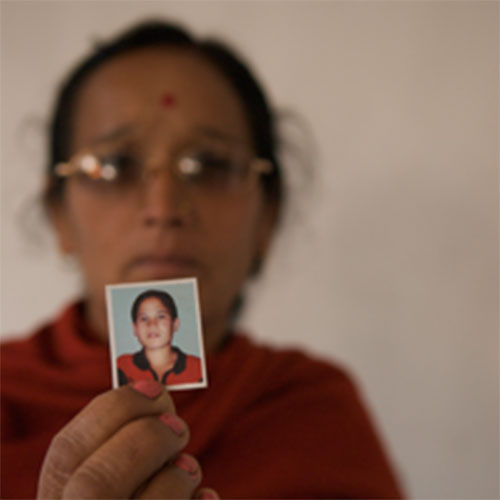 On 12 February 2004, Royal Nepal Army soldiers dragged a 17-year-old schoolgirl, Subhadra Chaulagain, from her house in the middle of the night.  She was questioned outside over a period of several hours, and finally shot in the head and stomach at point blank range and in front of her father.  The soldiers kicked her body and then proceeded to brutally beat her father, leaving him for dead.

It found Nepal’s failure to investigate the violations committed against Subhadra Chaulagain, including her arrest, beating and killing, was in violation of international law, as was the beating of Kedar Chaulagain and forcing him to watch the execution of his daughter.

The Committee recommended that Nepal carry out an effective and complete investigation of the facts and prosecute and punish those guilty.   It also recommended that Nepal provide full reparation, and appropriate measures of satisfaction, to Subhadra Chaulagain’s family, and avoid similar violations in the future.  In addition it is required to translate the Human Rights Committee’s decision and distribute it widely.